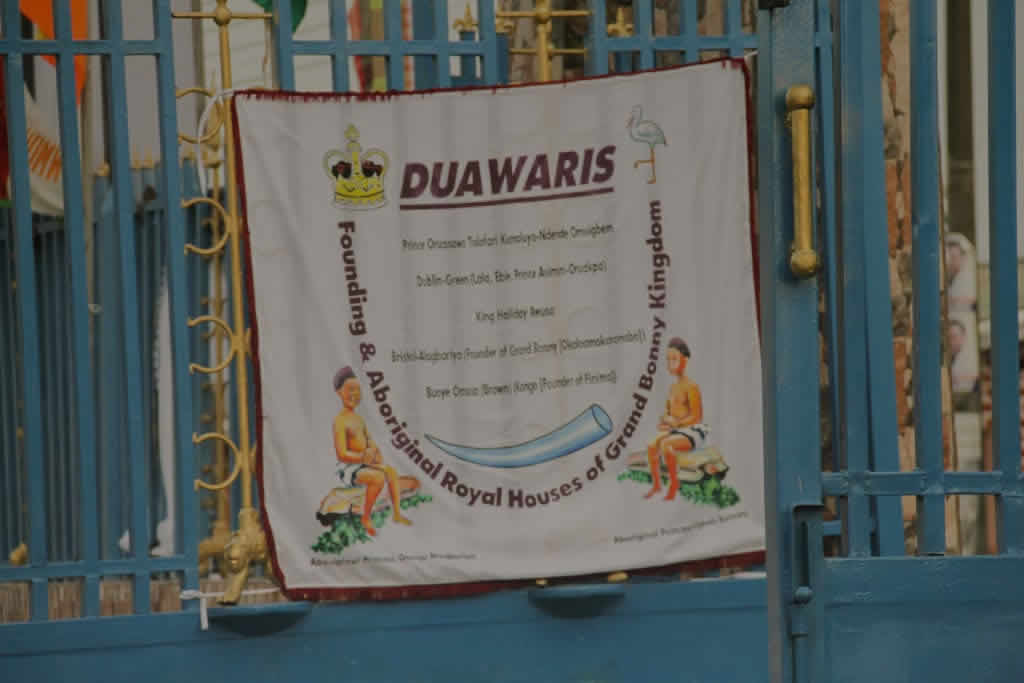 Finima was based, first settled upon, occupied and owned by Kongo, who migrated from the traditional nation of Okoloba, in Ebeni-Toru, of Central Ijaw Clan within the Niger Delta area of Nigeria, about 1100AD, to discovered Ikpakpayo.

Okuma, a local of Okoloba within the Ibeni Toru in Central Ijaw space begat the next:

Sequel to the demise of Okuma in a devastating Civil War, his youngsters migrated from their home.

Kongo, and his followers migrated by means of the ocean route following the shoreline from Central Ijaw, eastward, passing by means of Ke, moved additional throughout the current day Bonny River to a spot known as Iyamkpo, the place they lived peacefully with another migrating settlers, who later migrated to Tombia and have become a part of the Kalabari kingdom. This was earlier than the arrival at Okolo-Ama (Bonny), of Alagbarigha, and his followers, who additionally migrated eastward from Central Ijaw, by means of the inter-land route.

Sonia, one of many descendants of Kongo, throughout his management, moved from Ikpakpayo to discovered Sonia-Sughu often known as Old Finima, a part of which was later leased out for the institution of the crude Oil storage and Export Terminal operated by Shell Petroleum Development Company Limited, and a part of which was taken over by the Federal Government of Nigeria for the Nigeria Liquefied Natural Gas undertaking consequent upon which Finima Community was subsequently resettled again on the previous Ikpakpayo land, which was based, first settled upon, occupied and owned by Kongo.

Finima from the time of its founding by Kongo, had at all times been beneath the management and ruler-ship of Kongo, and his descendants, the ancestors of Omuso, who had been then generally known as “Clan Heads” earlier than the founding and creation of Buoye Omuso (Brown) Major House Chieftaincy stool, by Omuso.

Before the founding of the Chieftaincy stool of Buoye Omuso (Brown) Major House of Finima, Omuso, the founding father of the Chieftaincy stool, from his youth confirmed indicators of entrepreneurship and management prowess, and thus was envied by his brothers and relations, who conspired to ship him on exile, by giving him to European slave sellers, who took him on board their slave ship. However, on a routine go to to the slave ship by Captain Hart of the Hart Major House of Bonny, Omuso spoke to him (Captain Hart) in Ibani language and defined the circumstances that led to his presence within the slave ship. Captain Hart upon listening to him converse Ibani language, which was not a slave language, instructed the European slave sellers to launch Omuso to him as he was not a slave however was of royalty. This demand for Omuso’s launch was based mostly on Bonny commerce treaty with the Europeans and Ibani custom, which forbade freeborn from being taken or bought into slavery.

Upon his launch, Captain Hart took Omuso to Bonny, the place he stayed for a while in royalty, and later returned to Finima, the place he finally discovered and created the Buoye Omuso (Brown) Major House Chieftaincy stool of Finima.

On Omuso’s return to Finima, he was accompanied by some members of the Hart Major House of Bonny, who settled in Finima and had been later assimilated into the Buoye Omuso Brown Major House and nonetheless owe allegiance to the Brown House until date and presently has a consultant within the Council of Wari-Alapu of the Buoye Omuso (Brown) Major House, who goes by the title “Wari-alabo Hart-Brown”.

From the time of the founding of Finima, Kongo, Sonia, and their descendants, who had been then generally known as Clan Heads, had been absolutely the rulers of the place, up till the creation of the Buoye Omuso (Brown) Major House Chieftaincy stool by their descendant, Omuso; who continued the reign of rulership as Chief and Paramount Ruler of Finima. Ever since, the Buoye Omuso (Brown) Major House has been the one ruling and Royal House of Finima, and has remained in peaceable and unique possession of all lands in Finima.

Buoye Omuso (Brown) Major House of Finima, can be one of many 5 ancestral founding Houses (Duawari) of Bonny Kingdom, the others are Alagbarigha (Bristol), Awusa (Halliday), Dublin Green, and Tolofari (Oruasawo). These 5 Houses type the nucleus of the Ibani Traditional and Cultural values and Heritage. It can be, one of many fourteen (14) conventional Major Houses in Ibani Se (Bonny Kingdom), that are historically recognized by the title “Okoloma-ngekirifa-jie” that means “fourteen” (14) and has the one historically acknowledged Palace in Finima.

There are no comments yet

Login with your Social ID

This website is a purposeful output of the Finima Media Bureau, powered by the Buoye Omuso Brown Major House of Finima in Bonny Island to showcase the following; Designed and built by Tamfitronics

There are no events

HOUSES (WARI) AND THEIR CODE NAMES (SIGNALLED WITH DRUMBEATS)